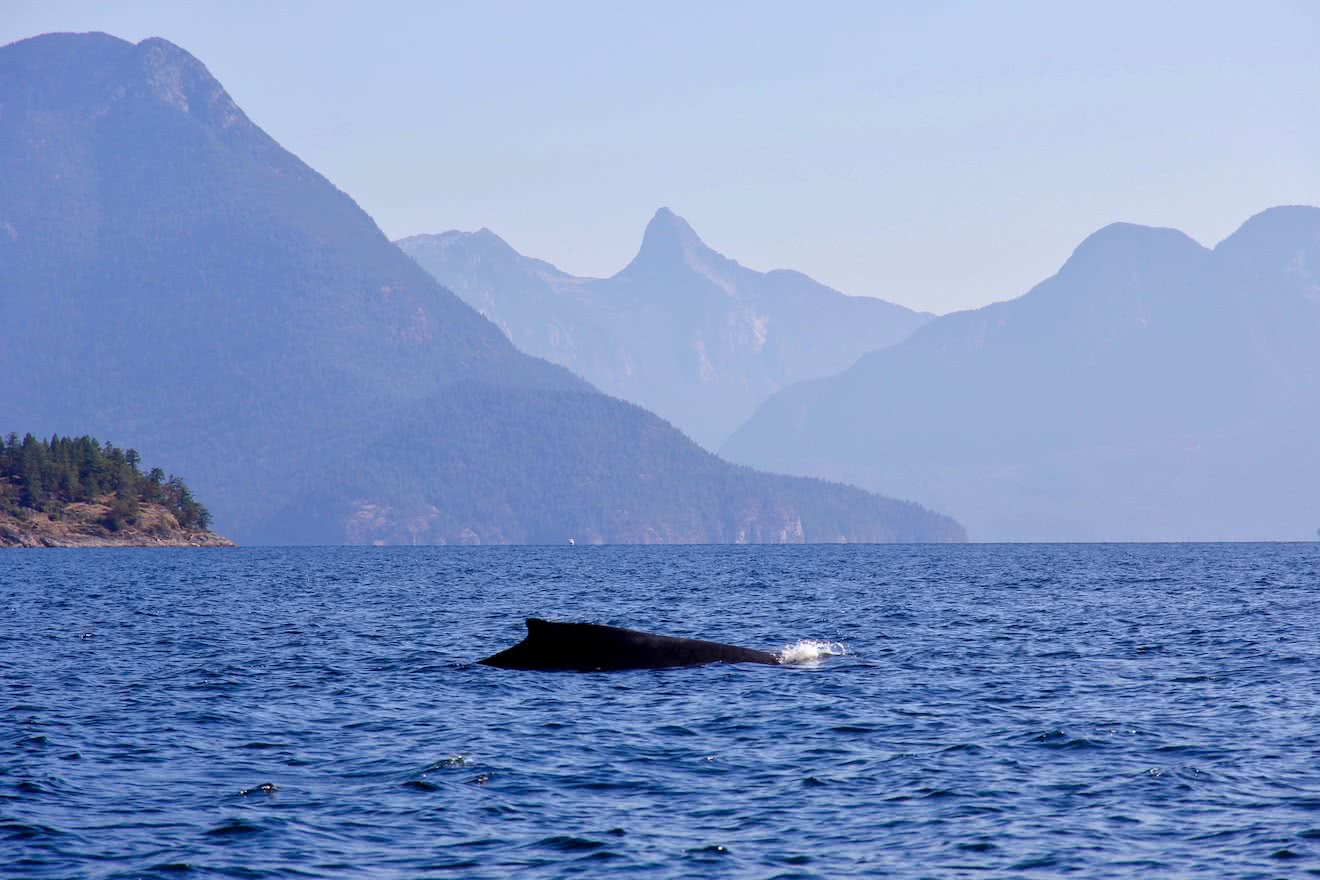 [This article was originally posted at www.bcseakayak.com on March 8, 2017]

Humpbacks, Orcas, Dolphins and Sea Lions, this winter has been a wildlife lover’s dream in Desolation Sound and the northern Strait of Georgia.

Over the last decade, locals along both sides of the northern Strait of Georgia have been steadily reintroduced to one of the world’s great migratory events.

Fished to near extinction in these waters during the late nineteenth century, larger species such as humpback, grey and minke whales tended to avoid the inside passage off the British Columbia mainland, making their yearly migration far off the western coast of Vancouver Island.

However, recent years have seen a slow but steady increase in sightings of these incredible mammals off the coast of Powell River and in the waters of Desolation Sound, especially during the summer months.

The summer of 2016 was no exception, with a number of multi-day tour groups and kayak renters from Powell River Sea Kayak witnessing these incredible creatures – especially humpbacks – feeding and diving close to shore.

And if this winter is anything to go by, we may be in for more spectacular scenes in 2017.

While usually long gone to the warmer waters of the Gulf of Mexico by this time, there is growing evidence that more and more big whales are not just using these waters as migratory routes, but some are even staying in the Strait of Georgia year round.

Groups of 2, 3 and 4 humpbacks have been spotted throughout the winter from Powell River, Texada, Savary Island and Campbell River, an increase on previous winters.

Whether these massive creatures are becoming more trusting of us and these waterways or not in the decades since the whaling boom, the most likely explanation for their return in numbers is the abundance of food, especially krill, that are tempting the whales to stick around for far longer than in years past.

Other marine encounters this winter have included common sightings of transient killer whales making the rounds between Campbell River, Texada and Powell River, which have been a regular visitor of this area for many years.

The Desolation Sound area has always been the home to a healthy and vibrant seal and Sea Lion population, and as transient orcas feed exclusively on ocean mammals (and 90% of this is seal meat) it is no surprise that Orca sightings have been holding steady year round for a while.

While not as common as the resident orca sightings of the Johnstone Straight of San Juan Islands on either end of Vancouver Island, Desolation Sound has been a happy hunting ground for wildlife enthusiasts and excited kayakers alike in recent times. If the sightings this winter are an indication, the seal population is still bringing them into the area and will continue to do so for a while to come.

The sea lions that live in Powell River during the winter months have been putting on a noisy show recently as well. One of their favourite spots to to haul themselves out is along the breakwater in front of the Townsite neighbourhood in Powell River, barking and thrashing around in a frenzied display of male dominance. While these animals tend to split in late May to return to their rookeries for the mating season (south for the California Sea Lions and north for the grizzly-like Steller Seal Lions) there are again small populations that stay year round and compete with our ubiquitous seals for the best sites to haul out and sunbathe once the weather warms.

And it was while viewing these sea lions barking and burping and flopping about one afternoon that some lucky Powell River-ites were treated to the greatest show of all.

Beyond the breakwater and our noisy winter neighbours suddenly appeared a great, moving mass of whitewater – hundreds and hundreds of Pacific White Sided Dolphins in a pod, heading north!

And just as the crowd was about to disperse and return home as the sun fell in the sky, a pod of orcas was spotted even further out to sea. Whether they were hunting the dolphins, sea lions, seals, or simply passing by wasn’t clear, but it certainly felt like the perfect omen for the warm, summer season to come.